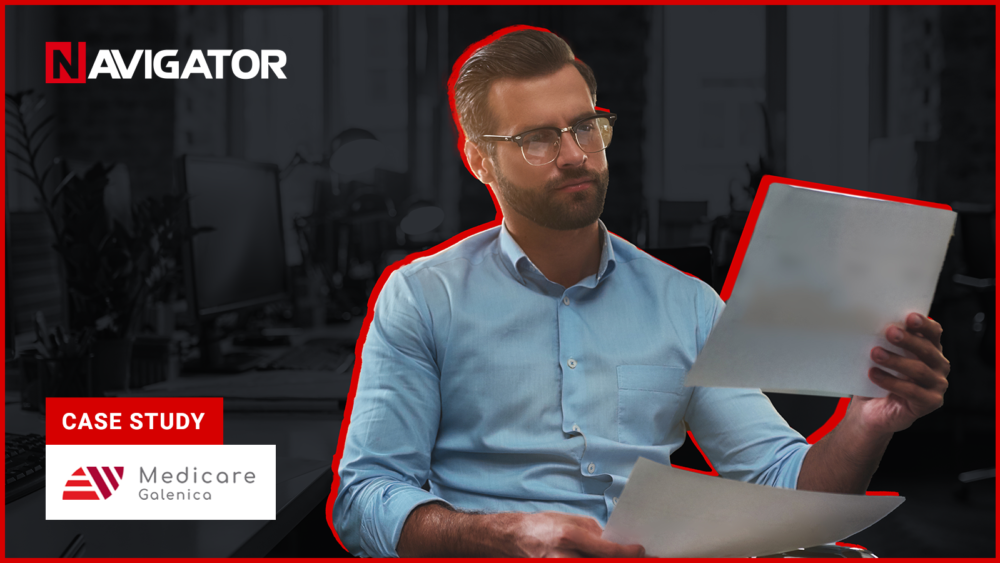 Medicare Sp. z o.o. is a pharmaceutical wholesaler, which operates in southern Poland. The company has been on the market since 1991. Year by year, it has been developing dynamically, expanding both the volume of its income and the territorial range of its operations. Currently, apart from the head office in Mysłowice, it also has branches in Kraków, Tarnów, and Rzeszów.

Medicare decided to implement the NAVIGATOR system at the end of 2008. At the beginning stage of cooperation, Medicare chose to introduce Data Warehouse and budgeting based on MS Excel, and later on the Budgeting module included in NAVIGATOR system. The company’s dynamic development and new Polish branches establishment determined the need of changes.

“The prospects of the system development influenced the choice of NAVIGATOR and Archman.  It allows for adding new modules step by step and Archman’s proposal to start – from a proper arrangement of processes to be supported by the system convinced us, it is the right path to follow”, says Grzegorz Piechota – Financial Director, who is also the implementation manager.

NAVIGATOR implementation began with designing a controlling budgeting system. This stages’ framework includes putting in order income and costs records, developing the budgeting concept, and workshops for the managers of individual responsibility centers, whose aim was to design a budgeting system meeting the company’s needs to the greatest possible extent. At the same time, the process of implementation of IT solutions to support budgeting, i.e., the Data Warehouse, was carried out. The combination of budgeting with the data warehouse was to create  an accomplished revenue and cost management system, taking into account the decentralization process in the company.

Summing up my cooperation with Archman, which began in 2008, I can say with satisfaction that the choice of this company was the right one. For me, the biggest advantage of the Archman team was and still is their flexibility and the fact that, although the concept of implementation has changed many times, we have never heard “it is not possible.” It is worth underlining, we planned to implement only budgeting, and with time our cooperation has expanded to include other areas.

In 2009 the company decided to implement the HR Management module, which supports periodic evaluation of employees’ processes based on a matrix of job competencies and job descriptions already functioning in Medicare. The system enables the employees’ competency profiles creation. Based on them, we can conduct employee assessments following the 360° methodology. Data collected in the assessment process is available in the Data Warehouse, where it is possible to build various types of summaries, rankings, etc. It is also important to be able to compare the results obtained by the employees in different appraisals.

Before we decided to implement the NAVIGATOR HR Management module, we talked to many companies offering similar products – states Beata Piwowarczyk, HR Management Board Representative. However, Archman’s offer fitted our needs best. We had already developed a methodology for the employee evaluation process (competency matrix, job descriptions, and description of the process), so we needed a tool that would allow us to use our concept flexibly. We have managed to do this to a large extent thanks to the efficient work of Archman consultants who quickly responded to their comments, from the stage of preparation of the implementation to the completion of the first edition of employee assessment. Archman has co-created with us the current shape of the Personnel Management module. We had a great influence on the implementation outcome, and we feel that we have cooperated and continue to cooperate with a responsible partner – Beata Piwowarczyk emphasizes.

Now about 30 employees use NAVIGATOR daily in Medicare.  Those are managers who run responsibility centers,  the Human Resources Department, and the Analysis Department. Additionally, all employees use the system when they evaluate their superiors or co-workers. The system also stores and provides access to documents related to the company’s quality system.

The Data Warehouse implemented in Medicare enables the creation of dynamic and static reports. Managers who use the information under their authorizations can compare actual data with planned data. Each manager is accountable for the realization of budgets, and the NAVIGATOR system provides them with current data concerning areas for which they are responsible.

From the perspective of a company financial manager, quick access to actual data and the possibility to compare them with planned values are important to me. Due to the specificity of our activity, the most important for us is reporting costs (including salaries) and financial results. The NAVIGATOR system enables us to track these parameters on an ongoing basis’, emphasizes Grzegorz Piechota.

Case Study: The use of the NAVIGATOR system in artgeist company