OCR as a Solution for Automatic Text Recognition 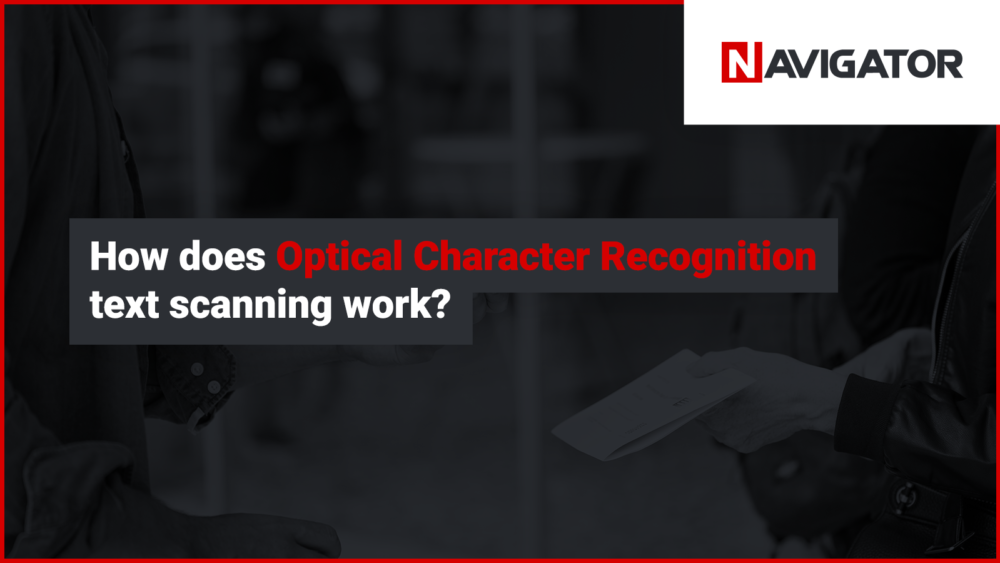 What exactly is OCR? OCR stands for Optical Character Recognition and suggests what action is performed by the system, but the definition itself does not explain how it exactly works and what benefits it can bring in order to improve business processes. Let’s give an explanation of both of the mentioned issues. One question at the very beginning: where optical character recognition comes in?

OCR is a solution to the problem of a need to manually rewrite a large amount of content, most often long documents, while registering them in the system. This is extremely important and helpful during the digitalization of library resources. Thanks to OCR, once a user uploads a scanned document to the system (no matter what type of file it is – image or photo – or file extension – .jpg, .png or .pdf), characters, whole words and even sentences are recognized. It allows not merely to effortlessly extract the whole text of the document, but also its automatic classification, as well as detailed data export.

Digitalization of documents and invoices

OCR is an extremely useful tool for invoicing processing. It allows not merely to speed up workflow by using advanced Artificial Intelligence algorithms, but also it enables the validation of the extracted data based on the recognized text. Let’s have a closer look at other interesting features, such as selecting a fragment of the image or photo of the document to be copied, as well as searching an exact phrase inside the non-searchable PDF file. Both functionalities are available after the document is processed in the OCR system. That’s why it becomes obvious that document processing and further work with them can be much easier and more efficient thanks to the optical character recognition technology. A good example of the OCR usage is implemented in the NAVIGATOR system, which enables the digitization of invoices and documents and their processing using advanced data capture tools based on the AI engine.

How does OCR work?

What exactly OCR is and how it works? OCR is an advanced and multi-stage algorithm that enables text recognition in the processed document, including distinction from tables or frequently appearing images and watermarks. Once the recognition process is completed, each character is assigned to familiar expressions (numbers, letters, or special characters), and the recognized characters are combined into words and sentences, and often into the whole, logically comprehensive paragraphs.

It’s worth mentioning that each character keeps the information about its location in the document, which not only simplifies searching and selecting but also allows for software development based on artificial intelligence, which is extremely helpful during the information extraction from the processed document.

It’s quite interesting that advanced OCR systems are able to extract data even from a crookedly scanned document or an uneven photo. Moreover, minor characters’ imperfections are not an obstacle to the high quality of the product based on this technology.

Of course, as in the case of any algorithm, there are limits impossible to cross. Sometimes it’s out of the question to correctly read a character if the string is extremely incomplete.

Examples of software using OCR technology are programs created by the world’s largest companies, such as Amazon Textract, Google Books, or ABBY Finereader.

One more interesting feature of OCR is that one of the ways to prepare the so-called learning data set (for character recognition algorithms’ learning) is the popular reCAPTCHA – a solution used both to increase the security of websites and to recognize fragments of the scanned text uploaded by the user and finally enabling the algorithm to better indicate the different possibilities of the appearance of the characters.

The number of automatic text recognition solutions available on the market is impressive, but their quality differs significantly.

What is the reason? First of all, it’s caused by using different algorithms to classify characters and text areas, but also the diversification of learning data sets. The key factor, in this case, is also the level of text distortion that is acceptable to the program.

The available products also differ in processing speed. This factor is very important because it directly affects the comfort of use.

The multitude of OCR usage and the fact that it combines perfectly with the other administration work automation tools undoubtedly proves its importance. OCR system is available as a part of the NAVIGATOR’s AI module. Read more about it here.

Data Capture in Practice. How Is Automated Data Extraction Useful?